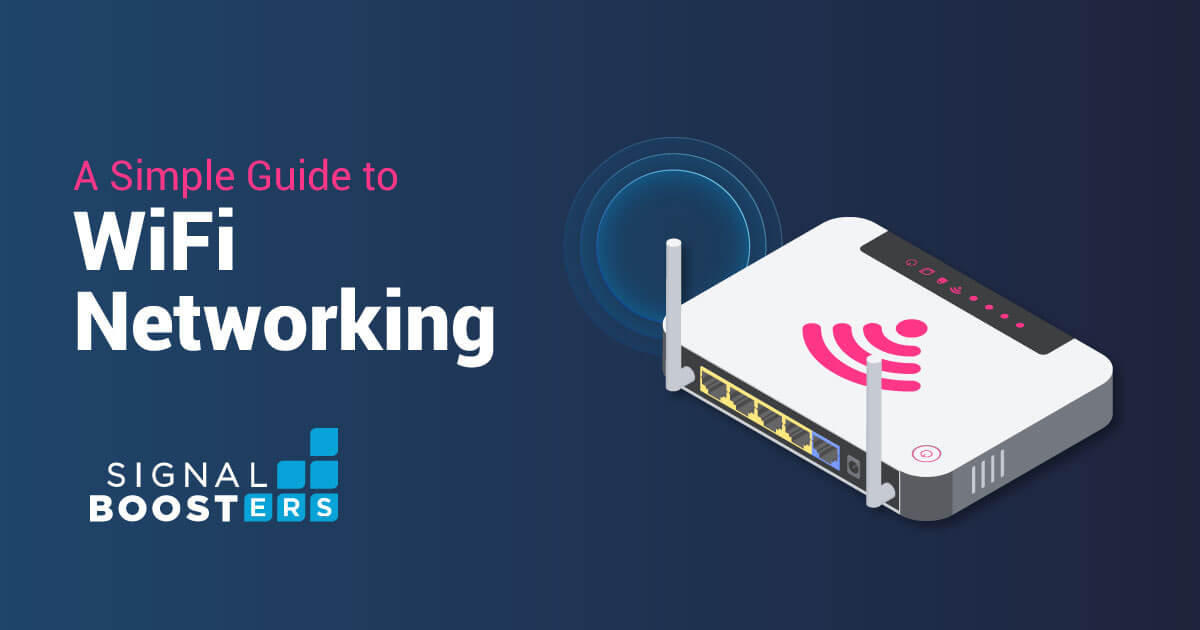 What is WiFi Networking?

In this day and age, the most common way of accessing the internet is wirelessly. Now, you can connect to a WiFi network at your local coffee shop, shopping center, office building, and at home.

WiFi networking gives you the ability to wirelessly connect multiple devices to your personal wireless network or any WiFi hotspot.

The concept of wireless networking can be difficult to understand. There are numerous technical terms and abbreviations involved. Here we will discuss the different components that make WiFi networking possible.

What is the Internet?

The first element in WiFi networking is the internet. After all, the end goal is to wirelessly connect to it. So, what IS the internet?

The internet is commonly illustrated as a globe or a cloud, but it's neither of those things. The intent is a global network that is made up of millions of computers that communicate with each other. All of the devices connected to the internet, such as routers, servers, cell phone towers, radios, satellites, and other devices, create the network of networks. A more realistic representation of the internet is a whole bunch of cables connecting a whole bunch of computers all over the world.

What Does a Broadband Modem Do?

Modems are used to establish a connection between the internet and a computer or router in your home or office; the connection is facilitated by an internet service provider (ISP).

There are three types of modems: cable, DSL (Digital Subscriber Line), and Dial-Up. Depending on the type of modem you have will determine how it connects to the internet, either through cable lines or phone lines. The devices that communicate with the internet don’t speak the same language as the cable or phone lines. The modem (abbreviation for modulator-demodulator) acts as a translator; it modulates (codes) and demodulates (decodes) all of the information that is being transmitted through the internet.

Generally, the back of most modems contains three important ports:

Only one device can be directly connected to the modem for internet access. To connect all of your smart home devices, you might need a router. Some ISPs provide their customers with modem router combos; one device achieves the same result as two standalone products.

What Does a Router Do?

Routers allow devices in your local area network (LAN) – a network of computer networks within a small area, such as a home, small office, school, and business – to communicate with each other and the internet. They manage all of the incoming and outgoing information and direct it to the correct location within your own private network.

Wired networks are most common in places with a large number of computers, like business buildings. That doesn’t mean that only businesses can have a wired network, some people prefer to wire all or some devices in their homes. Wiring your devices is called ethernet backhaul, which is a fancy way of saying that the backbone of your home networking system is made up of a wired connection rather than a wireless one.

On the back of a router, in addition to the WAN or Internet port, you will find four LAN ports. Those ports are used to connect your wired devices for internet access. If four LAN ports are not enough, a hub or switch - boxes composed of numerous LAN ports - can be used to expand the number of LAN ports.

The ethernet cables don’t really affect your internet connection speed because the speeds provided by your ISP are the bottleneck. However, if you tend to transfer a lot of data between the devices in your LAN, then having faster cables would be beneficial.

Wireless networking is the most common and convenient way of accessing the internet. A wireless network is made up of a wireless access point (AP) and WiFi clients. An AP is a networking device that broadcasts a wireless signal, commonly referred to as WiFi (Wireless Fidelity), to allow WiFi clients to connect to it. Most wireless routers have APs built-in to them. WiFi clients are the wireless devices that can pick up on the WiFi signal and connect to it, such as smartphones, laptops, tablets, game consoles, smart TVs, and more.

Rather than drilling holes and using cables, built-in antennas allow the WiFi clients to communicate with the wireless router over the air, creating a wireless local area network (WLAN or wireless LAN). The antennas broadcast radio waves that allow the clients to connect to the internet. The radio waves transmit information using two frequency bands – 2.4 GHz and 5GHz. The main differences between the two bands are range, speed, and bandwidth. The 2.4 GHz band allows the radio waves to travel further but at a slower speed. On the other hand, the 5 GHz frequency travels at a faster rate, but it has a shorter range. Some routers only use one frequency bands (single-band) to transmit data, and others have the capability to use both (dual-band). In addition, newer router models are tri-band, meaning that they can host one 2.4 GHz signal and two separate 5 GHz signals.

Routers have their own network name (Service Set Identifier or SSID) and password; this helps protect your virtual private network (VPN). Through the setting of the WiFi clients, you can wirelessly connect to the network for WiFi access.

All WiFi devices (WiFi routers, mobile phones, tablets, and computers) have to follow a set of protocols that determine the WiFi functionalities.

All devices that have anything to do with WiFi have to follow the IEEE 802.11 networking standards. The IEEE standards have been certified by the WiFi Alliance – a nonprofit organization created to certify IEEE 802.11 products and to promote them as wireless LAN standards.

The purpose of the wireless communication standards is to improve on the users' wireless networking experience. New standards are developed to fill in any gaps and to account for new wireless technology.

Each standard establishes the maximum WiFi speed, range, frequency band, and additional characteristics to improve on the previous standard.

It's important to note that these standards are built into the devices' hardware in the form of chips. The WiFi standards cannot be upgraded through a simple firmware or operating system update, you will have to purchase devices with the technology built-in.

Due to WiFi clients and router communicating over the air, any device can connect to your wireless network, which creates a serious security threat.

How to Extend the WiFi Range?

The WiFi range offered by the WiFi standards are theoretical; they are based on perfect conditions. In the real world, the range can be affected by building material, walls, and furniture. Therefore, oftentimes, the range of the router is not enough to cover your whole home. As a result, you could experience slow speeds and connectivity issues.

Gadgets like range extenders, mesh networks, and long-range antennas can help extend the range of your WiFi connection. Both have the option of being wired or wireless.

Range extenders wirelessly connect to your router to access the internet. Once the connection has been established, it's recommended to place the extender close enough to the router for a reliable signal, but far enough away to where it can still reach the problem areas. The extender repeats the signal it’s receiving from the router. To do so, it creates its own network; it’s almost like having two routers in your home. The extender will have its own network name and password. When you’re walking around your home you will manually have to switch to the networks you are closest to.

Mesh network systems are one of the most popular ways to extend your network. They are designed to blanket your entire home with a reliable, high-speed, WiFi connection. Mesh kits consist of 2 or 3 nodes. The nodes work together to create a whole-home WiFi solution. One of the mesh nodes is directly connected to the modem for internet access. That node basically takes over the router's job. The other nodes can be placed anywhere in your house to patch up the problem areas. Similar to the extender, it recommended to place the nodes close enough to one of the nodes for a reliable signal, but far enough away that it can reach the problem areas. The main node wirelessly shares its internet connection with the nodes that are within its range. Those nodes, then, wirelessly share their internet connection with the nodes that are within their range. This way even the furthest node can have an internet connection. Mesh networks create one seamless WiFi network. As you roam around your house, your devices will automatically connect to the node that is closest to it.

The range extenders don't need to be purchased from the same manufacture (Netgear, Linksys, Tp-Link, etc.) as your router or modem.

How exactly does information wirelessly travel to and from the internet?

Let's say you're researching the new iPhone on your laptop. After you type in your query on google and press enter, the WiFi adapter in the laptop modulates the data into radio waves and transmits it through its antennas. The wireless router grabs the radio waves and directs the information to the modem. The modem modulates the cable or phone line language to direct the query through the intent. The query will travel through numerous computers to reach the server that contains the search results. Once the results have been gathered, the data will make its way back through the cables until it reaches the modem. The modem will demodulate the information and direct it to the router. This time, the router will modulate the data into radio waves and transmit it through its antennas. The laptops antenna will pick up on the radio waves and the WiFi adapter will demodulate the data. Lastly, the search results will pop up on your screen. 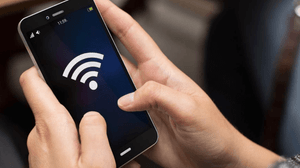