Has there been any device that seamlessly converges major technologies better than the cell phone?

This "fourth utility" marks a new generation the way radio, cars, and refrigeration changed mankind's destiny. But as with any emerging shift, there are always some speedbumps.

Why Do You Need an IBW Solution?

Poor cellular reception affects everyone. With the growing demand for faster speeds and more IoT (Internet of Things) devices, having quality cellular service at all times is an absolute requirement for work efficiency and satisfaction.

Does it hamper workflow & productivity?

Are people getting near a window or going outside to make a call?

Are these liability issues (such as no signal in an elevator or stairwell)?

Stronger signals lead to better service, reliable connections, faster data, and always-on dependability. The need for seamless and robust wireless coverage is critical for workers to be efficient and visitors to be satisfied.

An in-building wireless (IBW) system is a growing solution for many businesses to improve their wireless communication infrastructure.

It provides augmented & ubiquitous network coverage for all mobile devices. It remedies the causes & problems of poor in-building cellular service. Whether in an urban or rural area, getting poor signal because of cell tower distance or building material, IBW systems provide constant, reliable network coverage with no interruption to work, entertainment, and/or emergencies.

Increased adoption of smartphone, tablets, and other IoT devices = a higher rate of BYOD (bring your own device) in enterprise environment.3

Signal source
A signal source is needed to generate a signal inside. They can come directly from the provider's core network, a third-party gateway, or off-air signal from the donor site such as a cell tower.

There's an IBW System Unique to Every Situation.

The most ubiquitous solution for IBW coverage, WiFi is the front-runner for providing wireless connectivity for enterprises.

Service is provided by an ISP (internet service provider) such as Comcast/Xfinity, Time Warner Cable, and AT&T's Uverse.

Signal source for WiFi is introduced by a fiber optic or copper wire, then distributed by a wireless router. Typical speeds range from 50 Mbps to 1Gbps depending on the provider's plans.

The fastest growing IBW solution especially with the cellular industry. With proposed 5G speeds able to match and exceed landline broadband internet, many industry analysis predict a new world of connected devices such as autonomous cars and smart buildings.

Service is provided by network carrier such as Verizon, AT&T, T-Mobile and Sprint.

Signal source for cellular IBW is provided by the carrier network through macro sites (cell towers & antennas) or directly to the core network by a base station. It's then processed by the network equipment such as a BDA (bi-directional amplifier) or head-end unit and distributed by indoor antennas.

Typical speeds range up to 50 Mbps for downloads and 20 Mbps for uploads for LTE depending on carrier plans.

Satellite ISPs are provided by HughesNet and Exede with download speeds up to 25 Mbps and data caps ranging from 10 to 50 GB. While mostly for consumer services, companies such as Google, Facebook, SpaceX, and OneWeb have invested in various trials.

While still in the early stages of their pilot programs, there is hope that industrial satellite internet will be able to match terrestrial-based broadband.

As with mandatory plumbing, fire sprinkler alarm systems, and accessibility, reliable cellular coverage for first responders is an absolute necessity in times of emergencies.

Newly established guidelines by the NFPA (National Fire Protection Association) and FirstNet require 95 to 99% in-building coverage for first responders when in search & rescue missions during natural or man-made disasters.

Public Safety IBW is still in the early stages but will continually grow aggressively as FirstNet regulations are adopted by States.

A distributed antenna system (DAS) is the most common type of IBW system for improved coverage and capacity. Designed by networking a series of indoor antennas, it provides the strength of outdoor macro networks but deployed indoors for users.

This leads to the highest quality of in-building coverage and service. The unique value in DAS is its scalability and versatility. DAS solutions are able to expand to accommodate future building expansions and options, therefore, keeping costs low should an upgrade be needed.

Active DAS works by directly connecting to carrier networks. Signal is converted from analog to digital and carried through fiber optic to maintain signal integrity regardless of cable run and coverage area.

Active DAS is best-in-class in terms of signal boosting and coverage range. However, permission to connect to the carrier network is often a long bureaucratic process. This may extend deployment time from conception to completion with a range of several months up to 2 years.

Passive DAS is a cost-efficient solution with under $1 per sq. ft. compared to the $5-10 of active DAS. It also has a much quicker deployment time from days to several weeks, since most passive DAS systems are multi-carrier and already pre-approved by all cariiers.

Because of the relative affordability and coverage limits, passive DAS solution for best for small to medium businesses.

It is newer technology that potentially can change IBW solutions. Whereas DAS has one central processing point (or base station) connected to many indoor antennas, for small cells, both the base station and indoor antenna are integrated. In essence, each small cell is a mini cell tower.

In-building small cells are still relatively early and have not reached widespread acceptance yet. However, if carriers can agree on sharing a common base station and/or neutral spectrum, there's potential for massive growth.

So Which IBW System is Right For You?

No building is ever the same, so no IBW solution is also the same.

Best for environments over 500K sq. ft. needing wall-to-wall coverage. Carriers will assist in the operating costs of the equipment only if the amount of subscribers onsite justify the investment.

Deployment time is long from several months to 2 years, because of the bureaucratic process of getting carrier permission to connect to their networks. When not assisted by a carrier, expenses are very high for the building owner & operator.

Best for environments under 100K sq. ft. needing spot coverage for priority areas. However, multiple units can be used to increase coverage up to 500K sq. ft.

Deployment time is fast from several days to weeks. It is cost-effective with under $1 per sq. ft. compared to the $5-10 per sq. ft. of active DAS. However, because it is dependent on off-air donor sites like cell towers, coverage quality isn't as robust as active DAS.

An emerging solution for small and medium-sized buildings.

Until multi-carrier small cells are accepted by carriers, it's best to wait or look into the other DAS solutions.

Conclusion: It's Not Rocket Science, But It Sure Is Close

There is no "one-size-fits-all" IBW system.

A full deployment from consultation, measurement, recommendation, installation, and post-support is a complicated process. RF signals are much like the wind and waves. Shaping such irregular signals is as much as a craft as it is technical. 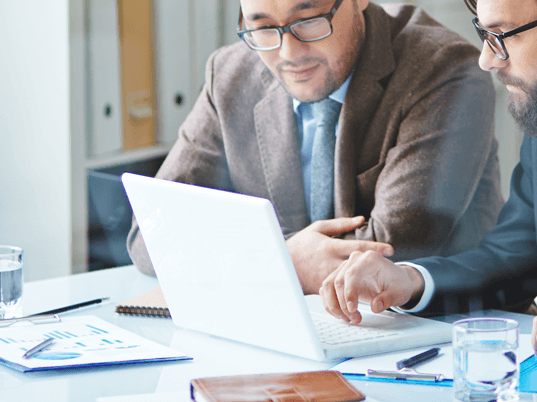 At Signal Boosters, our team consists of industry telecom veterans who have formerly worked at AT&T and Sprint as well as some of the most skilled system integration teams across America.

Our motto: Provide solutions, not boxes.

This means we keep our service brand-agnostic with no upsells and sales jargon. We serve our clients 110% of the time, period.

If you have any questions or comments about improving your wireless in-building signal, we'll be honored to help, and share our insights to enhance your experience.