Are you trying to find the nearest cell tower or what to know how strong your cell phone signal strength is in the area? Although reading decibels is the best way to go, signal finder apps are also popular and user-friendly options.

It’ll basically turn your cell phone into a signal meter so you can measure your 3G & 4G LTE signal strength.

Today we look at some of the top free apps: OpenSignal, RootMetrics, Sensorly, and Signal Finder.

Very slick and intuitive design. The cell tower compass will point you to the nearest tower. Great for installing signal boosters with directional (yagi) antennas.

It’s a robust app with heat maps and even network rankings within the area. I’m a T-Mobile customer. At my workplace, it ranked 3rd for service behind AT&T and Verizon based on download and upload speeds.

After multiple runs, the results started to be consistent. T-Mobile came up on top, followed by Verizon and then AT&T. But is that because I’m a T-Mobile user and the constant testing started to skew the results?

So it’s recommended to run the app a couple of times just to make sure you’re getting the best answer. While it’s not entirely accurately, when viewed in totality, it should suffice.

You can also run a speed test and see the quality of your service for web browsing, video, and VoiP calling, rated from 1 to 5 stars. There’s also a My Stats section to see how much data you use compared to the average user and other small details.

OpenSignal’s data is community-generated, meaning the data should be more accurate in real-world terms when viewed in aggregate. But unless there are a high number of users running the app and have submitted their data, the information here could be subjective (which may be the reason why I had the problem above).

However, as a whole, it’s a great place to start.

While CoverageMap doesn’t point to the closest cell tower, it does focus on general signal strength around your current location. And the wealth of information it reveals is amazing.

Not only does it categorize speed information by 4G LTE, 3G, and 2G, it also compares all the competition in the area and not just only the major carriers. I didn’t know Virgin Mobile US, Vodafone, and MetroPCS served my area, too.

What I liked most is the ability see dB readings. For those who don’t know, looking at the number of bars is subjective from one carrier to the next. The most accurate way is to look at dB reading.

So CoverageMap wins a point for that level of detail.

According to CoverageMap, AT&T provides better service at work, followed by T-Mobile, and then Verizon. This is different from OpenSignal’s rating of T-Mobile first, Verizon second, and AT&T third.

Sensorly: That's Pretty Much It

Sensorly shows coverage maps and speed test maps, but that’s pretty much it. From an aesthetic point of view, it does look nicer than OpenSignal and CoverageMap, but it doesn’t reveal information for other carriers or dB reading or cell tower location. Pass.

Now Signal Finder is impressive at first. It has a cell tower compass and it even tells the distance from the nearest cell tower. Very, very nice.

And then that’s it.

It just tells you the closest cell tower and the distance. Would be nice to be more robust but it does what it says, so can’t complain.

But then there’s a problem. OpenSignal’s cell tower compass points east but Signal Finder points west. So… where is the nearest cell tower again?

So this is how I would use the apps if I was trying to find signal around my home or business, especially if I was installing a home cell phone signal booster.

First, I would use dB reading and walk around the perimeter of the building to find the best spot to get signal.

Second, I would use OpenSignal and Signal Finder to find the nearest cell tower and confirm the dB readings.

Third, I’d use OpenSignal and CoverageMap to compare the other carriers and their potential coverage. If Verizon or AT&T offer much better signal to my home than T-Mobile, then it’s something I want to keep note when my contract with them ends.

Honestly, a dedicated signal meter would give you all the answers you need. Using your smartphone’s dB reading would be the second best choice. These signal finder apps are a nice supplementary way to add some additional information and value, but it’s not quite the meat and potatoes compared to the other two options 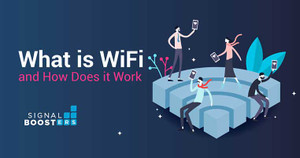 What is WiFi and How Does It Work?

Understanding What WiFi Is and How It Really Works Did you know that WiFi wa... 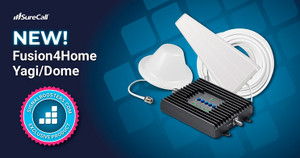 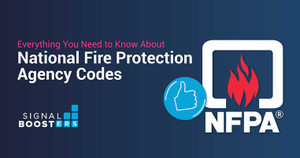 Everything You Need to Know About Public Safety Radio NFPA Codes: 2020 Edition

NFPA Codes and What They Mean for Your Building Public fire safety relies on the diligence of...