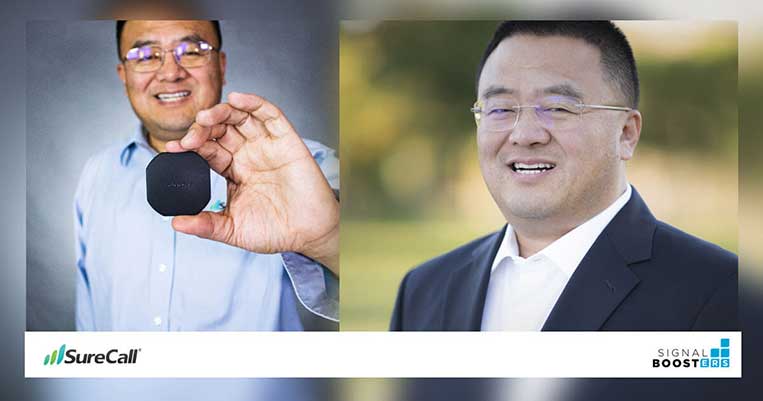 Hongtao Zhan is the Founder and CEO of SureCall, Inc. and the inventor and patent holder of such critical technology as the wideband (5 band) signal booster and Extended Range Technology. SignalBoosters.com interviewed the 52-year old entrepreneur to get his unique take on the industry, from new trends to predictions for the future.

SignalBoosters.com: We’re here with Hongtao Zhan, of SureCall. Hong, thank you for joining us.

Hongtao: Thank you for having me.

This first question is a simple one: who are you? Everyone in the business of signal boosters may know, but tell us a little bit about yourself.

I’m the Founder and CEO of SureCall, based out of San Jose, California. I founded the company in 2001, and we’ve been developing and manufacturing signal boosters ever since. But I do more than just run the company. Part of what I love is inventing things. I’ve lost count of the number of patents I’ve held over the years - it’s at least 20. I take great pride in that, and I make sure to take part in every invention and product we launch. With all these patents and inventions, I feel confident in saying that SureCall is a big innovator in the signal booster industry, and that’s helped our company enjoy year-over-year growth every single year since our founding.

Congratulations. So you’re not only the president of your company, but an inventor, as well? Tell us a little bit about that, and your background.

Well, both of my parents were professors, so education and academic achievement is extremely important to me. They both taught during the Mao era in Northwestern China, which, if you didn’t know, was during the Cultural Revolution - not the best time to be a professor. So, I admire and respect both my parents for that, and they instilled a great sense of love for learning in me. My father, in particular, was an engineering professor.

My other great love is technology. From a young age I saw rapid change in China. After Mao’s death and China’s change in direction, new technologies entered my life seemingly every day. I wanted to be an engineer, like my father, so I worked hard and got into the top engineering school in China, then came to the US as a student at UCLA for my master’s and PhD.

I started working in Silicon Valley for a company called Cirrus Logic in 1997. I left them in 1999, where I started working for a startup. Within a year, the company was sold, and, using the money I made off that, founded SureCall. Around that time, the dotcom bubble was beginning to burst, so placing my money into a new venture was the smartest move. But it wasn’t just that - I saw the potential in cell phone signal boosters.

Let’s talk about that. What got you interested in designing signal boosters?

Well, around the year 2000, I started noticing the limitations of cell phones at the time. Back then, we really only used phones for calling - even text wasn’t yet something frequently offered. But even when the phones only had to worry about maintaining calls, they were unreliable. Most of us remember: driving through a tunnel and dropping calls, or having people cut in and out - these were commonplace, more common than today. So making sure signal reached people’s phones was something I wanted to do.

My original idea was something far more complicated than a signal booster. The signal booster was to be just one part of a bigger operation, but it proved to be difficult to implement and definitely harder to sell, so I took the pieces I had invented to boost signal and marketed it as our first signal booster.

Back then, it could only boost a single band, and had to plug into the cell phone directly to work. We went from there to 2G, which was a dual band booster, then 3G and 4G. Now we’ve got the Force 8 signal booster with up to eight bands, so you know the industry has come a long way in a relatively short time.

What is it that differentiates a SureCall signal booster from its competitors? Why should a customer buy from you, and not someone else?

We really count on technological superiority to stay ahead of the game. We’re always trying to look ahead and innovate to stay on the cutting edge. For example, when 4G was new, we created the first five band wideband signal booster, and now everyone does it. And recently, we’ve introduced Extended Range Technology (ERT) in order to give better performance through improved signal-to-noise ratio, and better reach to and from the cell tower by reducing, and even eliminating some cable runs.

Due to this technological edge, our products are often twice as powerful as our competition, while also being lower priced.

We’re a private company, and have a very clear mission: serve the customer, not our investors. Not all signal booster manufacturers are set up like that.

What’s it like being an inventor? Which of your products and inventions are you most proud of?

Being an inventor is really hard, but great fun and very rewarding. I kind of think of my inventions as kids - some go off and have a life of their own that I never could have seen coming.

For instance, I came up with the first wideband 4G booster - the Force 5 - back in 2011. Now, the majority of signal boosters on the market use my design. I never saw this coming back then.

Another is ERT, which I mentioned before, but I don’t think it gets enough credit. The innovation of placing the booster on the roof eliminates a cable run, which saves around +3dB and literally doubles the performance. So far, we’ve only released the Fusion2Go MAX with this technology, but soon everyone will see how much better ERT is than a traditional three part booster.

So I assume we can expect more ERT on your boosters in the future?

Fair enough. Can’t wait to hear more about it. So what are your thoughts on the upcoming 5G? I know you’ve written about it before, but now that it’s almost out, have your thoughts changed?

Not especially. The impact of 5G will be major. Far larger than the change from 3G to 4G. The change will be quick and dramatic, and will make a huge shakeup in the signal booster industry. As a manufacturer, you have to prepare for it.

The transition is happening faster than you think, and customers are already becoming more educated on the topic. We’ve already released the first 5G capable booster with the Force 8, but we’re going to continue to monitor the technology the different carriers use and innovate around that. I mean, think about it - carriers are spending a majority of their money and resources building 5G towers. Yeah, 4G will still exist, but carriers are investing so heavily in 5G you’d be a fool not to do the same. We’re not fools.

The biggest problem is the FCC, since it doesn’t yet certify 5G boosters for consumers. If they did, we might have one out already.

What do you see as the future of signal boosters as it stands right now?

5G. As the cellular industry goes, so must we. However, 5G represents the biggest opportunity for growth yet. If most carriers end up using millimeter-wave for broadcasting 5G signal, having a signal booster will be more important than ever. Millimeter-wave is very short range and easily interrupted by everything, so it’s possible you’ll need dozens of boosters in a relatively small building to have consistent 5G coverage. The challenge will be figuring out how to make that affordable and getting it out there for everyone to enjoy.

I agree. Hong, thanks so much for your time.

Thank you very much for yours.

We’re here to assist with any issues you might be experiencing with both your in-building or vehicle cell signal for any carrier. Contact us today. 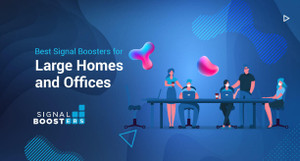 Improve Cellular Coverage in Large Homes and Offices In... 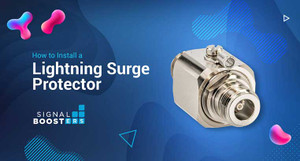