5G. A bit of a dirty word a while back. But just like many other so-called terrifying events, it came, it went, and no planes fell. Now 5G IS here, what can be said about it? 5G is faster, but does it stand out enough from 4G? 5G will need to use broad, dedicated channels to do so. Those channels are the goldilocks of frequencies - not too high, not too low. Strong enough to penetrate obstacles, but fast enough to download or stream a movie with a touch of a button. The coveted C-Band.

Wireless technology runs on radio waves, including cellular. In fact, the whole universe runs on radio waves. We’re still receiving radio waves that were created when distant stars imploded millions of years ago. Radio waves carry information. When humans first discovered how to harness radio waves to send information we used them for (you guessed it) radio. Music, news, information and more was sent to far corners of the earth for the first time. Since then, we’ve harnessed their power to send all sorts of things.

Radio wave frequency is how often packets of information repeat. The higher the frequency, the more times per second the signal repeats itself. Higher frequencies carry more information faster, but lower frequencies can travel further and go through obstacles better. Finding that sweet spot is the trick.

C-Band is that perfect space; it is all frequencies between 4 and 8GHz. Although if you want to get specific it is exactly between 3.7 to 3.98GHz that we are interested in. Every cell carrier uses a slightly different frequency. They buy their own range and then use it to broadcast their own signal. This is so that when you buy a Verizon phone, you only receive Verizon signal. If all carriers used all bands, there would be no distinction between them.

With carriers already using their own frequencies, how does C-Band fit in? C-Band is very close to the 2.6GHz band that Clearwire first used in 2007. Sprint then came on board and used a similar frequency. Today, T-Mobile uses a close frequency for their mid-band 5G. C-Band is a number of frequencies that’ve not yet been used for cellular wireless broadcasting, and can increase both the speed and the coverage of signal.

Is C-Band New Then?

No. C-Band has been around since the 70s. Television used to use it to broadcast, but it needed some pretty large dishes to be received. For that reason it wasn't very popular among consumers. Today satellite TV mostly uses KU bands, which only needs small dishes. Although C-band is still used by some satellite companies, thanks to modern technology their needs can be “repacked” into upper portions of C-Band. This leaves all sorts of exciting frequencies open for cellular carriers to make use of. So no, C-Band isn't new. The technology to use it has been around for ages. It's just been honed so we can get more out of it.

How Does C-Band Affect 5G?

Have you ever been to a building that has incredibly fast 5G coverage, but only in one half of a room? That’s because higher frequencies carry data faster, but aren’t as robust. There are all sorts of materials that affect signal. Some rooms may have a direct line of sight to a cell tower, and others may be tucked away in corners. Glass, especially tinted glass, can kill your 5G signal altogether.

Enter C-Band. C-Band is a bunch of new frequencies that cell carriers will use to broadcast their 5G signal. For you this means better signal strength. Many countries use C-Band already. Europe, Japan and other Asian countries have all jumped on the C-Band bandwagon. The International Telecommunications Company, which is like the watchdog for cellular communication worldwide, broke C-Band up into three bits. Different countries use different bits so as to not overburden one set of frequencies. In the US we will be using n77, which is a big band from 3.3 to 4.2GHz. Japan uses the same chunk, so they have already developed phones and all sorts of technology around it.

C-Band falls in the middle of the spectrum already being used for 5G. Currently we have the millimeter-wave spectrum which is 24–47 GHz, and low-band 5G which is 600 MHz–1 GHz. Millimeter-wave spectrum is blisteringly fast, but not very strong. If you are near to a 5G tower you may be able to make use of it, but if you are further away the chances are that your device won't pick it up. That leaves the low-band frequency which isn’t much faster than 4G. Thats why C-Band is so important. It's the perfect sweet spot in between millimeter and low-band.

How Is C-Band Going To Be Rolled Out?

Since C-Band technology is already out there, it's simply a matter of switching it on. Carriers will buy sections of the chunk of C-Band available to them, and begin broadcasting their 5G signal on them. Verizon and AT&T have already spent $67 billion on C-Band to fill in the gaps in their existing 5G coverage. T-Mobile already has existing mid-range broadcasting capabilities.

Can You Use C-Band?

Most 5G capable phones have C-Band support, or need a software update to use it. If you have a T-Mobile phone it probably already makes use of C-Band. The number of people who use the frequency will depend on individual carriers. Some carriers will have C-Band included in their plans, while others may roll out new plans to include it.

Currently the main issue with rolling out C-Band , and how many people get to use it, is the aviation sector. They had some serious concerns whether C-Band will mess with the aircraft instruments. You know how when you take off and land you need to turn off your phone? C-Band may have exactly the same effect on nearby planes, interfering with how they talk with towers. For now, carriers have agreed to create “Exclusion Zones” which are about 2 miles around every airport or runway. If you live within one of these zones, you may not be able to use C-Band.

Just to make things even more complicated, there are a whole bunch of other frequencies, dubbed C-Band part 2, being launched later in 2022. These were mostly bought by AT&T, Dish, and T-Mobile, with Verizon seemingly happy with what they already have. These frequencies are VERY near the C-Band, namely 3.45 to 3.55GHz, and will mean better cell signal in rural areas. It will be available nationwide, which differs from regular C-Band which can only be found in 46 metro areas for now. That also means it’s far enough away from big airports that it won’t cause havoc with planes. After all, we did just praise the fact that 5G was rolled out and no planes fell from the sky, we don't want to jinx it!

Get Yourself Some C-Band

Making sure your home or business takes full advantage of the mid-range beauty that is C-Band may mean some extra hardware. It's likely new antennas will be needed, although existing coax cables could be repurposed. C-Band signal boosters will be launched soon, so keep an eye on our page to get your hands on one before the rush. Since the infrastructure is all there, just waiting to be turned on, setting yourself up early to take advantage of it is a good idea. The best part is if you already have existing signal boosting system installed, adding the extra hardware is relatively simple. It could also save quite a lot of money to have it installed as soon as possible when you do your regular signal booster installation. 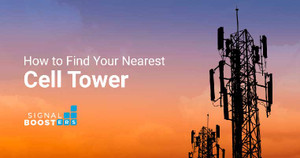