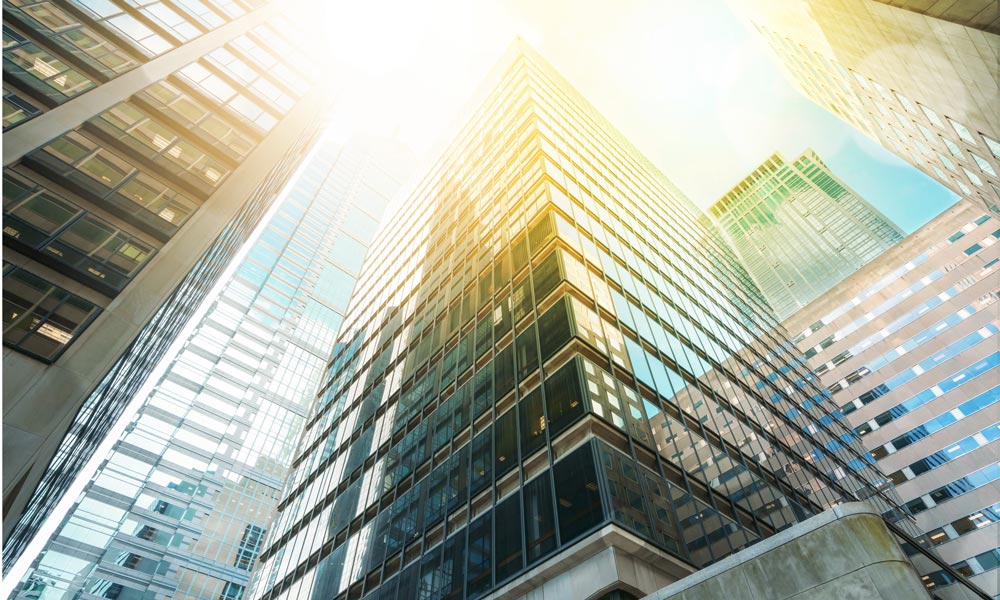 At first, a distributed antenna system (DAS) seems like an ideal solution to boost cell phone signal in a building.

They are generally more powerful than a commercial cell phone signal booster. However, once the pros and cons are weighed against each other, a pro-grade cell signal booster does the job without the added hassles, headaches, and especially, costs.

Here are the Top 5 reasons for businesses to consider commercial signal boosters over distributed antenna systems:

On average, a DAS system is 3 to 8 times the cost when compared to an enterprise signal booster of equal coverage.

"The most expensive installer I know of with our product is under 50 cents a square foot. We see a range on DAS solutions anywhere from $1.50 to $4 per square foot."

Whereas a cell signal booster simply takes the existing signal, amplifies it, and rebroadcasts the enhanced signal into the building, distributed antenna systems require more expensive components and dedicated monitoring systems to virtually do the same job.

For example, a majority of DAS systems use fiber optics to transmit signal from one component to the next. While a very good performer, it requires custom cabling, intricate installation, and specific equipment to decode data to and from the fiber optics.

And this is only one component of DAS. Other equipment adds to the cost, workload, and deployment time, which results in higher maintenance fees.

Many signal boosters use the standard RG-6 coax cables that are used by satellite and cable TV providers. Many buildings are often pre-wired with existing RG-6 outlets which may help with antenna installation, therefore, reducing time and cost.

Cell signal boosters are FCC-certified and given immediate blanket consent for use with all major carriers such as AT&T, Verizon, Sprint, T-Mobile and many more.

With DAS systems, carrier permission is required to install a carrier-specific amplifier (repeater) to connect to their core network and other costly equipment to transmit the signal.

This requires the carrier to invest in the project. And how do they pass on the cost?

Lengthy contracts up to 10 years. A required large amount of subscribers. Cell phone subscriptions that must fall within their own network and data plans.

And this is only for one carrier.

To get a neutral distributed antenna system host to work on multiple providers, more permission, more time, and eventually, more fees are added.

And this is if the carriers agree with the initial design. If not, DAS users must rework their plans for alternatives to satisfy the carrier’s requests before approval. Again, this takes more time and politics. Ultimately, the carriers make the final decision.

Compared to a signal booster installation time of comparable coverage, deployment time is around 6 weeks.

4. True Cause of Poor Signal is Mostly Indoors

This is especially true in the city and other places around urban development.

Building material like thick concrete and brick, metal, steel, glass, radiant barrier, and other conductive material (electric, magnetic or energy-efficient) disrupt and weaken cell signals before even reaching to cell phones inside offices and buildings.

So while 3G & 4G signal may be already strong or adequate on the outside, it’s impeded by the inside.

A cell phone booster amplifies the cellular signal from the outside up to 32X and rebroadcasts the boosted signal inside the building. DAS requires expensive equipment to connect to the carrier core networks, requiring multiple carrier approval. All to virtually do the same thing.

5. It’s Already Being Used by The Big Names

A single commercial cell phone signal booster can cover multi-story buildings up to 50,000 sq ft. Multiple signal boosters can be combined, so the amount of coverage is indefinite for most businesses. A signal booster supports all carriers, all cellular devices that use 2G, 3G, and 4G services for multiple people in an office (hundreds and more). 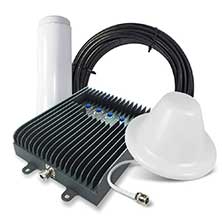 Overview of the SureCall Fusion5s:

Overview of the SureCall Force5: 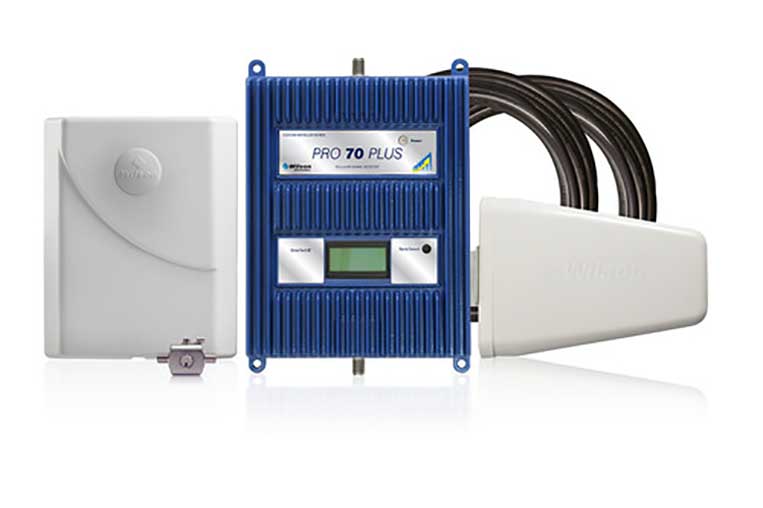 Overview of the Pro 70 Plus:

This doesn’t mean DAS should not be considered. For very large venues such as stadiums, convention centers, and airports, DAS may be the better choice. In areas where there is virtually no outside signal or where there is a potential for overcrowding the network, DAS is also a good option.

Email us today ( sales@signalboosters.com) and explain your situation and a certified signal booster expert will figure out the best options to help you. Or call us 1-800-568-2723 and listen to our sweet Texan accent. 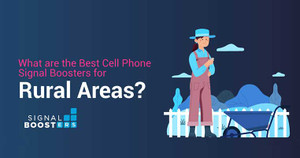 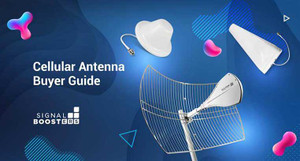